The project is a rehabilitation center for injured bodies on a site that once had the historical role of repairing ships. Two strong philosophical motifs guide the project: Gille Deleuze’s notion of the Fold, outlined in The Fold – Leibniz and the Baroque, and Henri Bergson’s idea of Becoming, elucidated in Creative Evolution.

The body as time and memory

Once time has passed, the primary evidence of time’s existence is in human memories. The remembrance of an experience or an event defines and distinguishes the temporal and it is in these memories where time becomes tangible. Recollections of what once was make the body a condition of time. In essence, the body is not an object, definable by the three Cartesian coordinates that give a volume in space, but rather, a duration of time. Because the body endures through time, memories shape the body as an enduring event, rather then an instantaneous episode.

As we endure, we are constantly swelling with experience – leaving the body in a constant state of flux. According to the Bergson, to exist is to change. To change over time is to Become. If a body can be thought of in terms of duration rather then dimension, the process of Becoming is continuous and endless.

It becomes a necessity to rehabilitate the body.

The site as body

In both time and space, the <?xml:namespace prefix = st1 ns = "urn:schemas-microsoft-com:office:smarttags" />PeelBasin sits at the beginning of industrial Montreal. It is a transitional area between the leisure park of the OldPort and the industrial quarters south of the LachineCanal. Formerly known as the Montreal Dry Docks, it lays between the Basin, the Canal and the buildings lining Mill Street. From 1851 – 1970, the Montreal Dry Docks served as the repair and maintenance facility for the hulls of ships arriving from or leaving for the trek across the Atlantic Ocean

If the body is defined as an accumulation of memories rather than as a three-dimensional volume in space, by analogy, the project site can be re-imagined as a human body. The site was once a vibrant industrial district but decades of industrial use have injured that active body, whose layers of history (i.e. memories) now lie dormant. My project reanimates and reactivates this site/body by unfolding those abstract memories (the layers of history) as a physical, tectonic unfolding. The folds allow a reframing of the site, creating a new condition of garden, skin, space and form, demonstrating rehabilitative capacity of architectural form.

I reinterpreted and remade the surface of the site-body by looking at the layers of built form the site has endured over the past 200 years. I translated the site’s history / memories of building footprints into both volumetric and vectorial time models. This created a volume and planar sitebody respectively. I then drew sections through the site-body at 10m intervals to reveal the sitebody in terms of time. This model was then folded and unfolded to heal the injured site-body and to produce architectural form and conditions of movement and passage.

By unfolding and healing the site, it reveals an unexpected relation of the old (repairing the body of a ship) with the new (repairing the human body). The repaired site-body is a series of folded forms that creates sequences of movement through the building. The unfolding of the building’s forms to visitors’ senses reframes and refocuses the function of physical repair in three events and on three related site-bodies: the historical role of repairing ships, the urban role of repairing a site, and finally a corporal role, the repair of the human body.

The site folds the biking and running trails of the National Park that lines the North end of the site into and right through the building. Park users – strollers, joggers, cyclists – and the therapy center’s inhabitants – the uninjured and the injured, the healed and the healing – have reciprocal revelations of each other’s worlds. As patients undergo rehabilitation, they exchange views with the physically active users of the park, unfolding a common ground, a common event in time.

Inside, spaces expand and contract from quiet closed rooms to bright open chambers. As patients sometimes stay in the facility for several weeks, they can discover the site and its surroundings slowly, over time. A variety of spaces can be explored and used based on the patient’s desire. The main therapy room takes advantage of the views form the building across the water to the city and over the autoroute, providing. motivation and hope to patients during the healing process.

The building has volumes that houses either patient rooms or therapist’s offices. Interaction between the therapist and patient occurs in the physiotherapy areas (such as the thermotherapy, physiotherapy, and hydrotherapy baths) that are folded into and in-between the patient / therapist volumes – acting as a ligament between the therapists and patients. As patients use and re-use these rehabilitation areas, the folded skin, gardens and spaces encourage them to work on their rehabilitation continually, rather then only during their meeting time with their doctor.

Each volume houses patients with similar ailments. This allows the associated nurse’s station to offer specialized care in the appropriate healing process. Moreover, each patient room opens into a shared semi private area – acting as an extension of the patient’s private space, and allowing light and air to penetrate. These common areas encourage patient interaction and discussion. 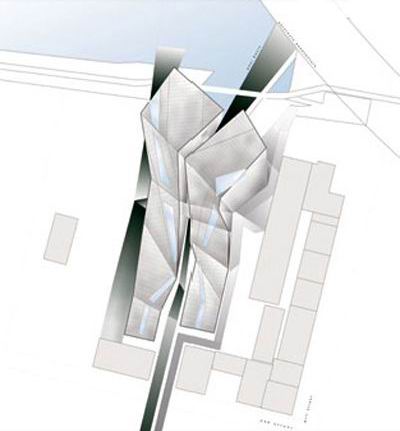 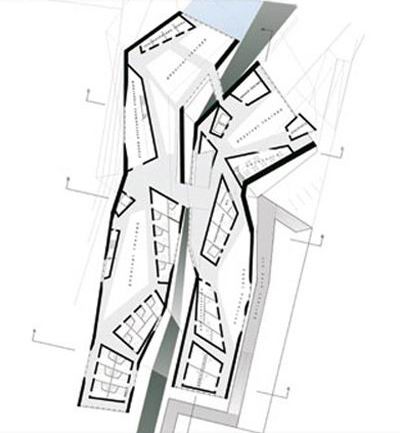 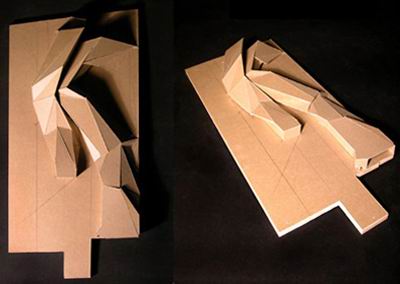 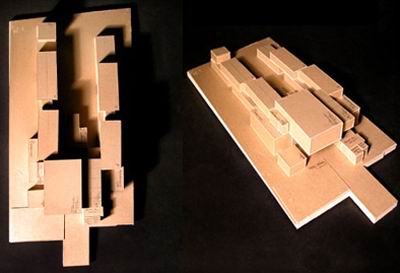 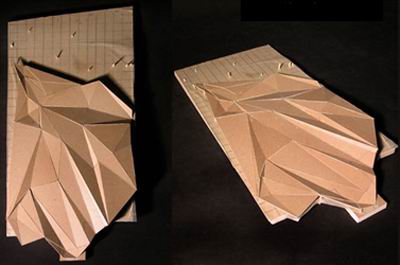 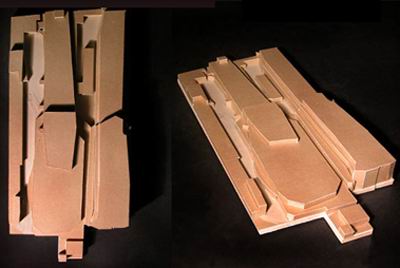 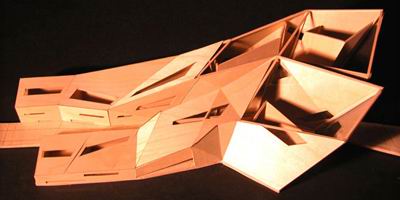